This module provides the ability to generate a static HTML cache of your websites pages...

This module provides the ability to generate a static HTML cache of your websites pages to enhance security and performance (by serving just HTML). The module has been heavily refactored recently on the master branch (switch to 2.0 if you do not wish to upgrade). Main changes include:

Architecturally, the module is now split into two logical parts: implementers and engines. Implementers are extensions or objects which describe the desired caching behaviour via two new interfaces: StaticallyPublishable objects provide URLs to refresh, and StaticPublishingTrigger objects cause other objects to be refreshed during the engine run. Engines inspect arbitrary objects through these interfaces to find out which URLs should be refreshed.

The module provides a set of default implementations - a nightly engine to rebuild all Page objects, as well as an engine that triggers on page publishing and updates the cache partially. Assuming appropriate engines are written, the same interfaces can be used to describe caching behaviour of any object. 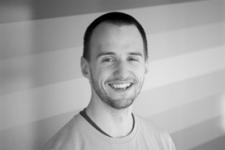 Mateusz has a BSc in robotics and an MSc in networking, both granted by the Polish-Japanese Institute of IT, and he has extensive experience in application and web development. After gaining all this experience and doing some freelance work, he finally arrived at the conclusion that there is no better topic to dive into than PHP development.