Core Developer Ingo Schommer is a bit of an icon in the SilverStripe community. 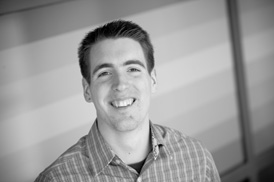 Core Developer Ingo Schommer is a bit of an icon in the SilverStripe community. Ingo is the person that bundles a lot of the community’s contributions and feeds it back into the core. In his free time, Ingo loves to work on documentation for SilverStripe which eventually resulted in the first SilverStripe book. He also has an impressive 80’s pop music collection in his iTunes library. Going back in time also meant moving back to Germany last year. Due to the time difference between NZ and DE, he now works crazy hours remotely for SilverStripe.

We’re proud to announce the third beta release of SilverStripe 3.0! As you might expect, the changes get smaller and more incremental. A lot of the commits revolve around polishing the user experience following on from our usability tests. With the release of beta 3, users now have the ability to insert media from youtube, flickr, vimeo and many other sites using the oEmbed protocol. Just enter the item's URL and the CMS will look it up for you. Check out Sig's screencast for a demo.

One of the most visible changes is the reduced visual clutter on the page edit form. The URL edit field is now a read-only preview by default, with an explicit edit button (see mailinglist discussion). The field also moved to the same screen as the page title on which it is based, making the connection far more obvious. Special kudos goes out to Ryan Wachtl (@ryanwachtl) for taking this on!

There’s always more to simplify, though. After years of what we’d like to call “organic growth” (like weeds, not pretty flowers), we ended up with seven tabs on the default 2.4 interface. While tabs are a primary means to organize and customize your own editing experience, we felt that was a bit excessive. After some consultation with our new CMS design guru Paul, we got it down to three, removing and merging views along the way. Single tabs are hidden by default, but once you add your own ones they magically show up again. There are some screenshots in our upgrading guide.

On a framework level, we’ve improved the SQLQuery API accessors, cleaned up some GridField internals, and added a preliminary API for dependency injection. We also maxed out our developer machines with unit tests on the supported database, which means SQLite3 and PostgreSQL can join the happy SilverStripe 3 family now.

Oh, and we’re still busy modularizing core components into their own projects. After translatable and widgets, we’re releasing RestfulServer into the wild to stand on its own as well. Don’t worry, those modules will still be maintained, but removing them from core helps us to keep it lean, fast and decoupled.

We’re closing in on the release candidate stage now, so if you haven’t checked out our progress you’re seriously missing out! There’s also a new public demo site for your pre-viewing pleasure at ss3.demo.silverstripe.org. Being in the polishing phase, you can expect little or no further deprecations and API changes from now on. All the gory details on what’s been changed are on doc.silverstripe.org.