SilverStripe from a ruby on rails developer perspective

I have been learning to code for a few years now, just in bits and...

I have been learning to code for a few years now, just in bits and pieces, through university classes, events, and self-study (mostly online). I feel comfortable writing HTML and CSS, and have been working on learning how to make complete web applications, using Ruby on Rails and dabbling in SQL and C#. I’ve also played around with other languages online including PHP so I was quite excited about the opportunity to learn some SilverStripe, to see what it is like and what it’s great for, and to start building some cool things!

The first thing I really started to notice about SilverStripe is how similar it is to rails, which made me happy because I love rails, and it’s what I have the most experience with. SilverStripe is a framework just like rails, except that instead of being based on Ruby, it is a framework for PHP. Both use the MVC structure and I found that the SilverStripe structure sort of made sense to me after doing some work with rails. It was great to start working in a project and already have a feel for where different parts of the code go, and what different folders might be designed for.

Like gems in ruby, SilverStripe offers addons which are developer created modules and themes that you can add to your site. Like gems, they’re a great way to add bits of code that you can use over and over again in different projects, rather than starting from scratch. A good example of a popular addon would be userforms, which allows easy form creation – a feature I could see myself using quite often!

I would encourage any rails developers to check out SilverStripe. It’s a great framework, and it’s open source so completely adaptable and open to feedback from the community. SilverStripe is really useful when you need to create a site to be edited by multiple people. It comes with a built in CMS and different security settings for different user groups. It’s easy to use, simple to customise and fast for developers to learn. If you’re used to working with rails you’ll find it easy to customise, and hopefully some features of the framework will seem familiar. I definitely recommend you give it a go.

If you’re looking for somewhere to start, I would recommend attending one of the SilverStripe training sessions for developers, checking out and even making changes to SilverStripe’s code, reading and contributing to the forums, or going to one of the community meetup events. It looks like a great, supportive community that is welcoming to new people, and I’m excited to learn more and get involved. 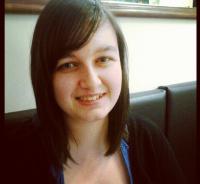