More than 90 SilverStripe developers, agencies, and community members recently came together in the charming city of Enschede to celebrate the 5th StripeCon EU conference.

Being a community organised conference, StripeCon EU is the perfect opportunity for our open source community to meet each other, share their work, and learn about new development technology.

In this post, I’ll summarise the weekend as a whole but you can look forward to a more detailed summary of the speakers and topics in the coming weeks.

This year’s conference was made possible by the combined effort from community members, sponsors, and the core StripeCon EU organising team. A special shout out to the Enschede locals Lars Prakken and Stacey Trooster from Lemon8 and Derk Gortemaker from Twisted Bytes as well as Austrian based Werner Krauss from netwerkstatt. Your hard work and commitment to the conference was clear to see and resulted in a very polished and fun weekend for all.

The organisers of this year’s StripeCon made a real effort to curate a mix of both community speakers and experienced speakers, SilverStripe specific talks, and broader web development talks, as well as larger companies who use SilverStripe and freelancers looking to connect with those companies.

Right from the get-go, we were all made to feel welcome in Enschede, with pre event drinks and nibbles on the Thursday night to break the ice and an informative history lesson from Lars as part of the official opening of StripeCon EU.

The venue for the conference was the beautiful Grote Kerk (Big Church) with its stunning stained glass windows and impressive organ from 1892. Being located in the heart of Enschede, it was an incredible and convenient venue for the weekend. A red carpet welcoming to StripeCon EU in Enschede

After a quick video address from SilverStripe founder and CEO Sam Minée, the conference was in full swing. SilverStripe Senior Developer Robbie Averill took the podium first to explain how the powerful React.js library is used to deliver a clean and fast CMS UI in SilverStripe 4.

Next we heard from Andy Adiwidjaja who compared SilverStripe at the framework with Laravel and Django frameworks. A playful presentation that was equally informative and entertaining.

After some lunch, Kay van Baarle from OGD ict-diensten then presented on the topic of how to write maintainable, well structured code that follows conventions, not personal coding preferences – a good reminder for us all.

Derk Gortemaker from Twisted Bytes then showed us how he hosts SilverStripe 4 sites with AWS and deploys code using Buddy’s deployment pipeline.

To close out the day we heard from Samu Saarniluoto from Upcloud about the benefits of using their super fast servers to power SilverStripe sites.

Rowdy Rabouw then showed us the superhero powers of browser APIs with live examples including using tweets from the audience to command a remote control segway robot on stage… yeah it was that cool.

MadeMedia’s Jake Grimley continued day two by explaining how his team replicated the WordPress Gutenberg blocks UI into SilverStripe. An interesting look into meeting client demands as well as seeing the similarities between SilverStripe’s Elemental module.

With bellies full from lunch, we then heard from Julian Scheuchenzuber of Level 51 about how his team used Vue.js with SilverStripe for a FIFA World Cup media app. An impressive client with an even more impressive frontend response time.

To round out the talks for day two we heard from Gregor Weindl from Pixelpoems who clearly demonstrated how to use Webpack to cleanly bundle JavaScript files for a more streamlined frontend workflow.

This year’s talks saw a well balanced mix of opinions and facts across different web development topics. Not to mention the off the cuff (en)light(en)ing talks that we had throughout the two days. Thanks to all of you who came forward and shared your projects and learnings with the rest of the conference!

Now for some fun

Like any great conference, the social event is always highly anticipated and thoroughly enjoyed time for all. We were hosted by Peron22 in their funky loft, a perfect place to meet each other away from our computers. After everyone was fed and watered, we got stuck into the StripeCon EU trivia quiz.

A few challenging SilverStripe questions kept everyone on their toes but ultimately Team Poef were victorious and were treated with a very generous prize pack. Congratulations Team Poef!

Could you get these right off the top of your head? Winners are grinners… Team Poef winners of the trivia quiz

A rising community lifts all developers

This year’s StripeCon EU confirmed what being part of a passionate community is all about. A place to meet new people, see old friends, learn from each other, and plan collaborations for future projects.

StripeCon EU shows us how a growing group of energetic developers and agencies who care deeply about open source technologies are leveraging SilverStripe to deliver incredible projects to clients.

And so for next year’s conference, the call for a host has already been socialised. If you are interested in hosting StripeCon EU 2019 in your city, please get in touch via the #stripecon channel on the SilverStripe Community Slack.

Thank you again to all the Sponsors for helping put on this year’s StripeCon, the Speakers for taking the time to prepare and present to us, and the host organisers for putting on a fantastic weekend!

Keep an eye out for Robbie Averill’s write up on all the talks we heard at StripeCon EU 2018. 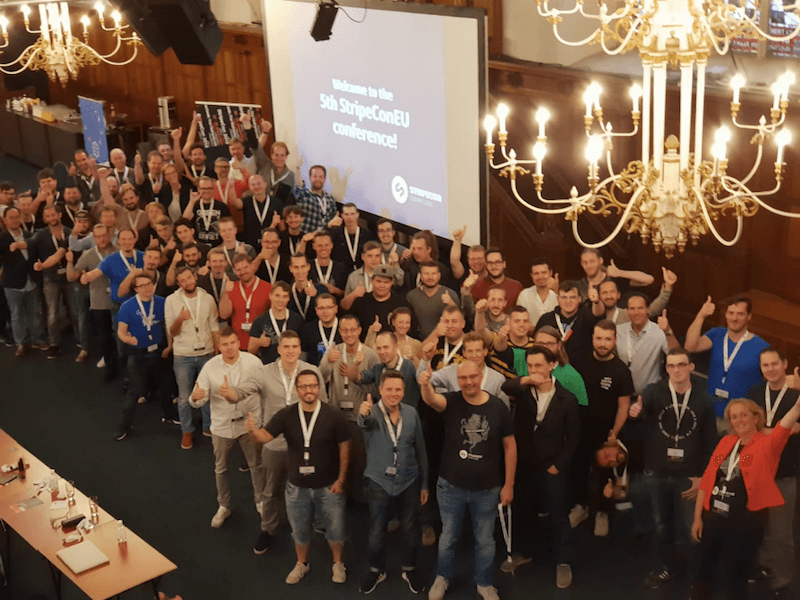