A few intrepid SilverStripers have just conquered an active volcano. Here's their story.

Author Elizabeth Gilbert ended the famous ‘Eat, Pray, Love’ memoir with her favourite Italian word: Attraversiamo—Let’s cross over. This was exactly how we felt when a few intrepid SilverStripers from Wellington headquarters decided to tackle the Tongariro Alpine Crossing over a multi-cratered active volcano last weekend. We didn’t know how we were going to do it. All we knew was that we would do it somehow; we would cross over the Red Crater!

How it all started

In late 2016, Nicole had just finished hiking the Inca Trail. Freshly hyped up from this walk, she messaged me and said ‘I think we should do the Tongariro Crossing’. I was pretty sure the main reason was that she had just bought a new pair of boots and wanted to make the most of her money. Anyway, as an adventure junkie, my immediate reaction was a resounding ‘Yes’. I casually mentioned it to Paul, who was totally into the idea and, even better, has a family lodge in Ohakune for us to stay.

The makeup of a neat team

I sent out the invite the SilverStripe team just before Christmas 2016. By the end of the year, seven SilverStripers were already ready to go: Jake, Sheila, Michael, Paul, Dylan and Natasha (and of course, me). In the new year, due to a change of heart, two more SilverStripers decided to join us, Alex and Charlie, making up a neat team of nine.

With a length of 19.4 km and the highest point of 1,886 metres (Red Crater), Tongariro Alpine Crossing is no ‘walk in the park’. So we decided to do a couple of weekend training hikes before the crossing.

The first training hike on Saturday 14 January took place during the #nzsummer campaign. We conquered Mount Victoria and passed by Wellington SPCA to visit some cute cats and puppies. The second training hike on Saturday 21 January was not as sunny as the first one and, to no one’s surprise, saw only two crazy SilverStripers (Alex and me) ferry from Wellington city to Eastbourne, then walk over 3 hours in the rain to Naenae. Only because we knew we were walking to a barbecue/engagement party, did we manage to make it through the rain. Drama the day before

We embarked on our journey on Friday afternoon, 27 Jan. The drive from Wellington to our lodge in Ohakune, which should only take 4 hours, took us 7-8 hours. Reasons:

We were truly blessed with the weather on the trip. It was sunny all the way. The whole team started the crossing in good spirits and the team’s spirit remained high throughout the day. We did encounter a few aches and pains here and there but on the whole, it couldn't have been better. Starting fresh on the day

Some highlights on the way The Red Crater—the highest point of the Tongariro Alpine Crossing Rescue helicopter on the way. Rumours were that somebody broke their leg. View of Mount Ngauruhoe—the one that was digitally altered to appear as Mount Doom in Peter Jackson’s The Lord of the Rings film trilogy. 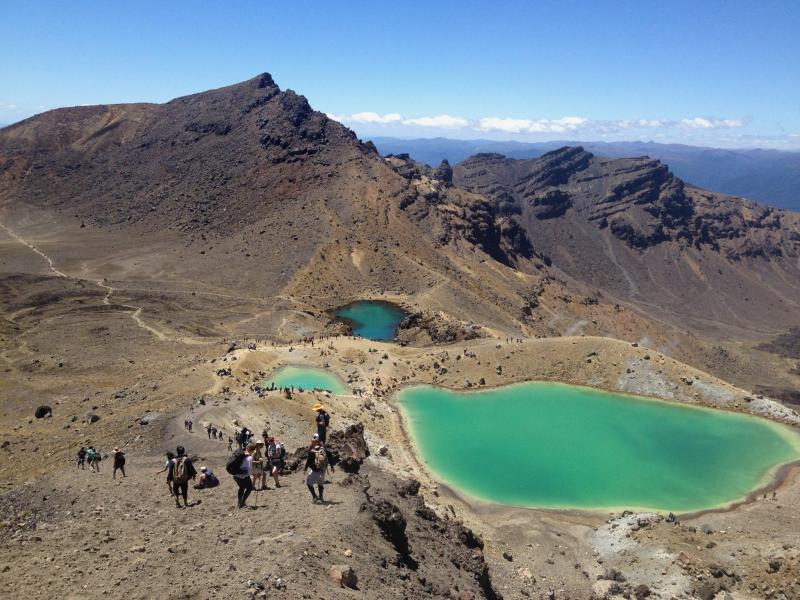 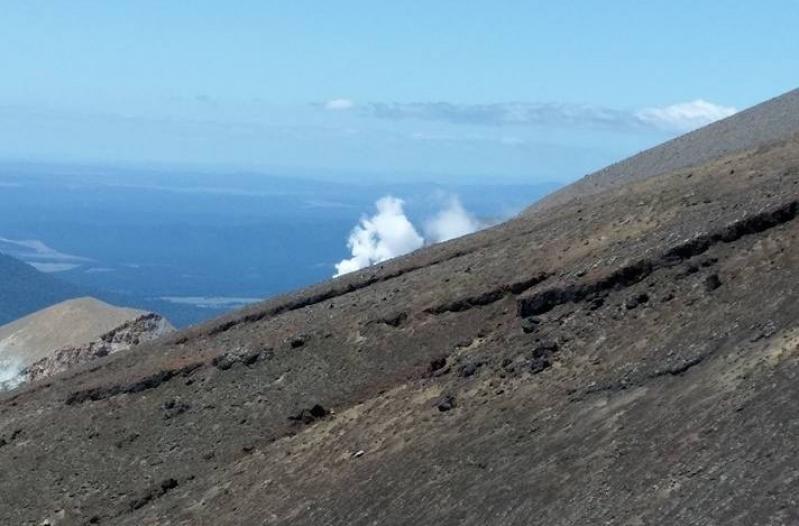 Wonderful views of steam rising from the Te Maari craters

You can see more information about the Tongariro Alpine Crossing on the Department of Conservation’s information page.

We completed the crossing in 7.5 hours with time for breaks, enjoying the magnificent scenery and each other’s company. On the whole, it was an awesome weekend and adventure that built up our camaraderie and helped us get to know each other better as ‘awesome people’, not just ‘awesome colleagues’.

Final thoughts from the intrepid SilverStripers

Sheila:
“I'd never ever tried hiking before and Tongariro Alpine Crossing was always in my bucket list. I remember having this conversation with Vinh at the Malthouse about his plan of organising one and I'm so glad I joined. Never thought I would enjoy the walk as I've been very anxious about my fitness and no preparation whatsoever. But, with the support of my colleagues, they made it possible and comfortable for me to just enjoy it and I most certainly did.

It was an awesome experience, full of learnings and fun with the team. Will definitely go back or go for more adventures in the future. The beauty of nature is just amazing and worth it. Achievement unlocked!”

One of SilverStripe’s core values is ‘Camaraderie over corporate culture’. So apart from doing teamwork at work, we also do teamwork outside of work.

Paul’s first read on the Monday after the trip happened to provide the perfect explanation: ‘...people feel more connected when they climb a volcano together, not when they compare their latest iPhones..’ because ‘shared experiences connect a team more than shared consumption.’—Ilma Nausedaite, Why MailerLite spends on employees, not things

If you are inspired to join us, check out our job site! You may be the next one to say: Attraversiamo—Let’s cross over!