Surfing the Bitnami: My journey into hosting SilverStripe CMS on Bitnami Cloud

Bitnami has been on my radar for quite some time.

Bitnami has been on my radar for quite some time. I originally stumbled across them 2 or 3 years ago when working on a project requiring a LAPP stack (Linux, Apache, Postgresql, PHP). After a surf around the usual spaces I came across Bitnami's all-in-one stack. It was nicely self-contained (I had another development environment I didn't want messed with) and easy to get running. They also had a massive library of open source applications that were super easy to try out without spending much upfront install and configuration time. What's more, open source projects could be added to their library through democratic voting. I was hooked.

Bitnami are great advocates for open source enablement. I had to get SIlverStripe CMS into the library and mounted a campaign in our own community (we got added at the end of 2014, just in time for Xmas!). Fast forward to August this year (2015) and I had a chance to showcase Bitnami at our hosting themed SilverStripe community meetup. It's pretty easy to get a basic SilverStripe CMS website up and running with the installer. A few clicks and there it is, and pretty fast too thanks to Bitnami's well-configured PHP-FPM and APC opcode caching. 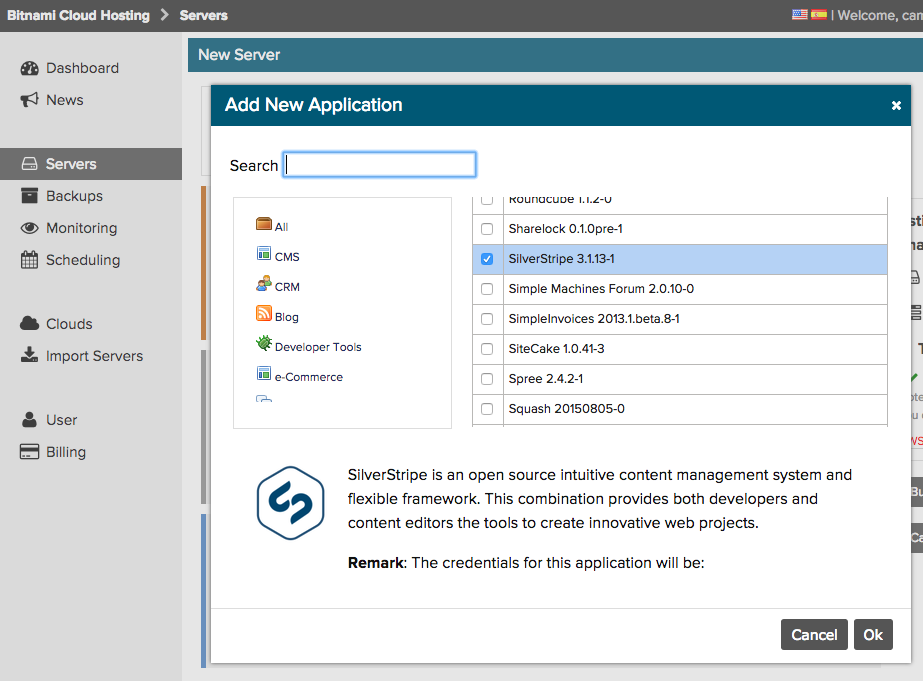 I did find a few issues however which I've contacted the Bitnami application onboarding team about and will work with them to resolve (see the video below for these). While I got a basic SilverStripe CMS site up fast using their installer, deploying project codebases other than the one that is provided was difficult. In fact, I ended up going back to basics and spinning up a standard LAMP stack on Bitnami and installing  my SilverStripe CMS project there - this time with success (again the performance was pretty good). Did I mention Bitnami infrastructure comes standard with Git and Composer pre-installed? —Everything a keen SilverStriper needs to get a project up and running.

We recorded the talks at the meetup, so here is my Bitnami presentation in its entirety. Enjoy!

Any questions feel free to leave a comment below.