What does the SilverStripe community have in common with ancient civilisations of the Andes? Beer and reciprocity!

Reciprocity noun [ mass noun ] the practice of exchanging things with others for mutual... 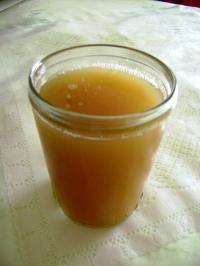 Reciprocity
noun [ mass noun ] the practice of exchanging things with others for mutual benefit, especially privileges granted by one country or organisation to another.

We have a ritual in the Andean countries of Latin America which is quite similar in form and purpose to something that happens at our SilverStripe meetups; the partaking of fermented beverages (beer, wine, something stronger). In the Andes our fermented beverage of choice is "chicha".

Chicha is a fermented beverage (chicha de jora, in my home country, Perú) made from maize, kept underground for cooling and storage, and preserved (traditionally) in earthenware containers. Chicha is served directly into the glass from the earthenware, which will have come out of a covered deep hole in the ground. Make a hole in the ground, deep enough, and the moisture will preserve things quite cold, even in the desertic coast of Peru.

Culturally, chicha is to the Andean countries of South America as beer is to Europeans.

The act of drinking chicha is always a social act. One does not drink it alone, one shares chicha with others. To drink chicha is to partake in the joys of community bonding. It is like our SilverStripe meetups where we have a bite and a glass and we celebrate our open source community.

I can tell you that one of the most hospitable gestures anyone can have towards you after a day of toiling in the fields is a glass of cold chicha. It's just like that beer at one of our Meetups, at the end of a hard day of toil and coding, among colleagues. We get to sit around together and to learn something new from someone. We reflect about all the hard work that goes into our SilverStripe open source code: discussions, issues, modules, bugs and pull requests. We get to have a pause and to take stock about what we have achieved and about where we want to go.

As I said in the first paragraph, chicha is an Andean custom. You have to realize that "Andean" does not only mean "in the mountainous parts of South America". Chicha is found in all geographical regions of Venezuela, Colombia, Ecuador, Peru, Bolivia, and Chile. The geographical reach of chicha is equivalent to Europe’s surface. It is very widespread.

Why did chicha become so extensively distributed?

What is the connection between chicha and our SilverStripe communities?

I am glad you asked.

Chicha did not acquire such extensive reach just because it is nice. It became prevalent because of the rites of reciprocity. This is most important for cultural bonding in all Andean countries.

Reciprocity is the glue that holds together communities from Venezuela to Tierra del Fuego, since times immemorial. The rituals of the partaking of chicha to remark on communal and social bonds of reciprocity are just as old.

The origin can be traced to one civilisation: Tiahuanaco (pronounced Tee-waan-a-coo) from the area of Lake Titicaca (border of Bolivia and Peru). The Tiahuanaco were not an empire, like the Inca. Rather, they were a centre of culture, community and commerce which was for centuries the most influential civilisation in the Andes. Their success was due to trade, religion, and cultural influence. The Tiahuanaco perfected the technology for fermenting chicha and refined it to an art form. Alongside, the sharing and partaking of chicha was incorporated into the rituals of allegiance and reciprocity.

Coming from such a culture, I see similar traits and behaviours in our SilverStripe community.

When one lives in a territory where flash floods happen regularly; where terraces have to be built on the face of mountains for cultivation; where massive irrigation systems (aqueducts, canals, and reservoirs) have to be built; where earthquakes or volcanoes can bring destruction with little or no warning, collaboration and reciprocity become fundamental for survival. Only by pooling together the resources, skills and knowhow of multiple communities was it possible to overcome the challenges posed by geography and nature.

Our own SilverStripe communities, all over the world, share that same ethos. Let’s face it, what we do is to design and develop bespoke software. It is one of the riskiest types of IT endeavour. Just think about any version of the Chaos Report tells us or about what happened to Novopay in New Zealand. When we share knowledge and practices, when we join forces to build something together, when we complete what somebody else started, we are reducing risks. We are putting collaboration and reciprocity into practice. We pool together our resources to overcome the challenges of software development and technological change.

We get together to celebrate our common bonds, share a bite and a drink, and to renew the things that unite us. We help each other. We offer our help if someone needs it. We use our open source community to pool resources and to achieve great things, to co-ordinate, to find solutions. We build things that enrich SilverStripe as a platform.

I will toast to that, to us, Andean style: ¡Salud!

Carlos Cordero is the Commercial Executive at Room9. Room9 has been working with SilverStripe since 2009 and organises The Hub, a SilverStripe Community meetup in Hamilton, New Zealand.

He has been involved in the IT industry since 1997, mostly in commercial and competitive intelligence roles.

Part Peruvian, part Italian, part Klingon, Carlos grew up in Lima, Peru and lived there before relocating to New Zealand. He has always been interested in the history and the culture of the civilisations the pre-dated the Inca Empire.