Census 2018 was the first digital led census for New Zealand, with SilverStripe building and hosting the Information Collection System that powered the census. 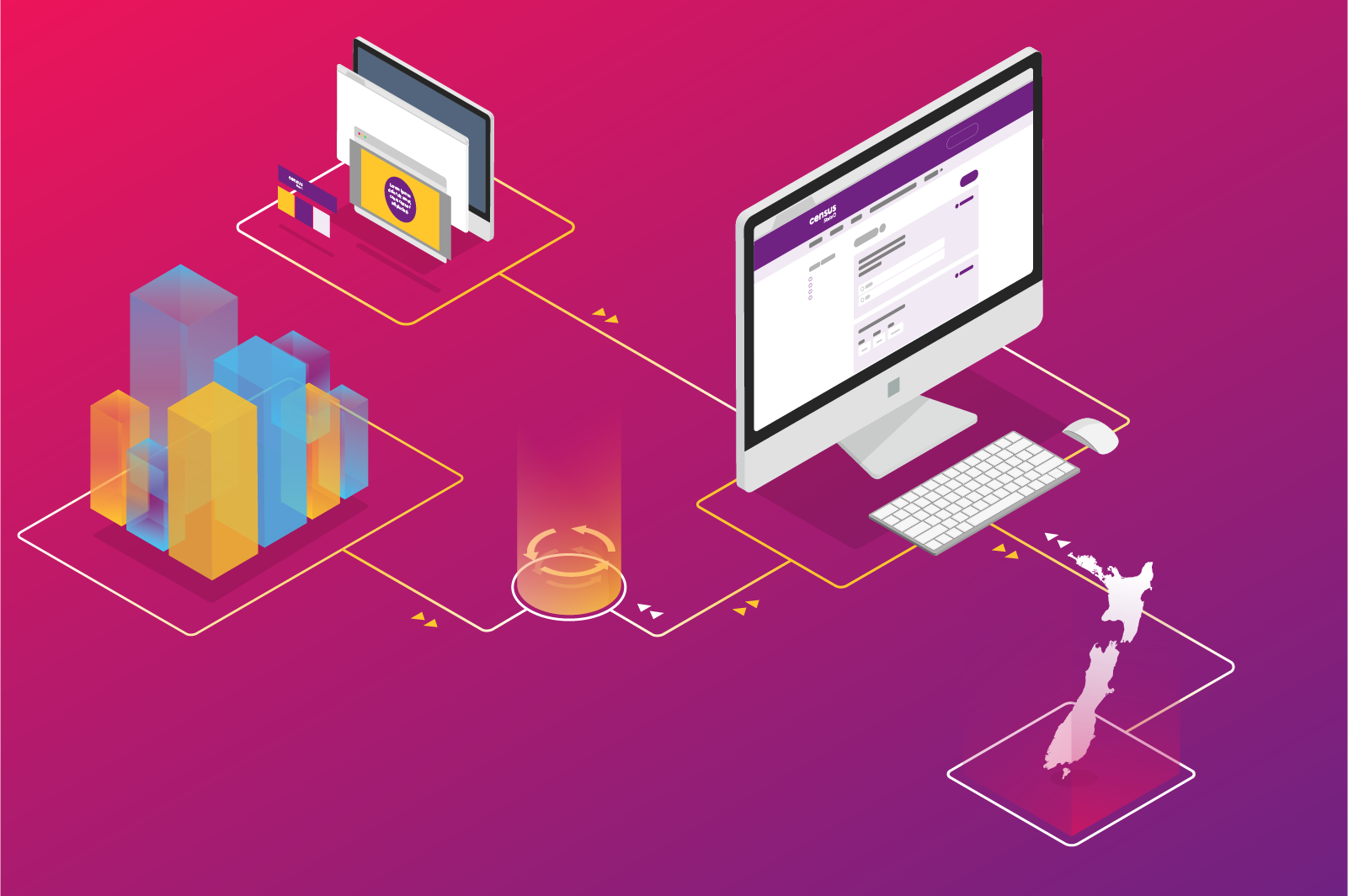 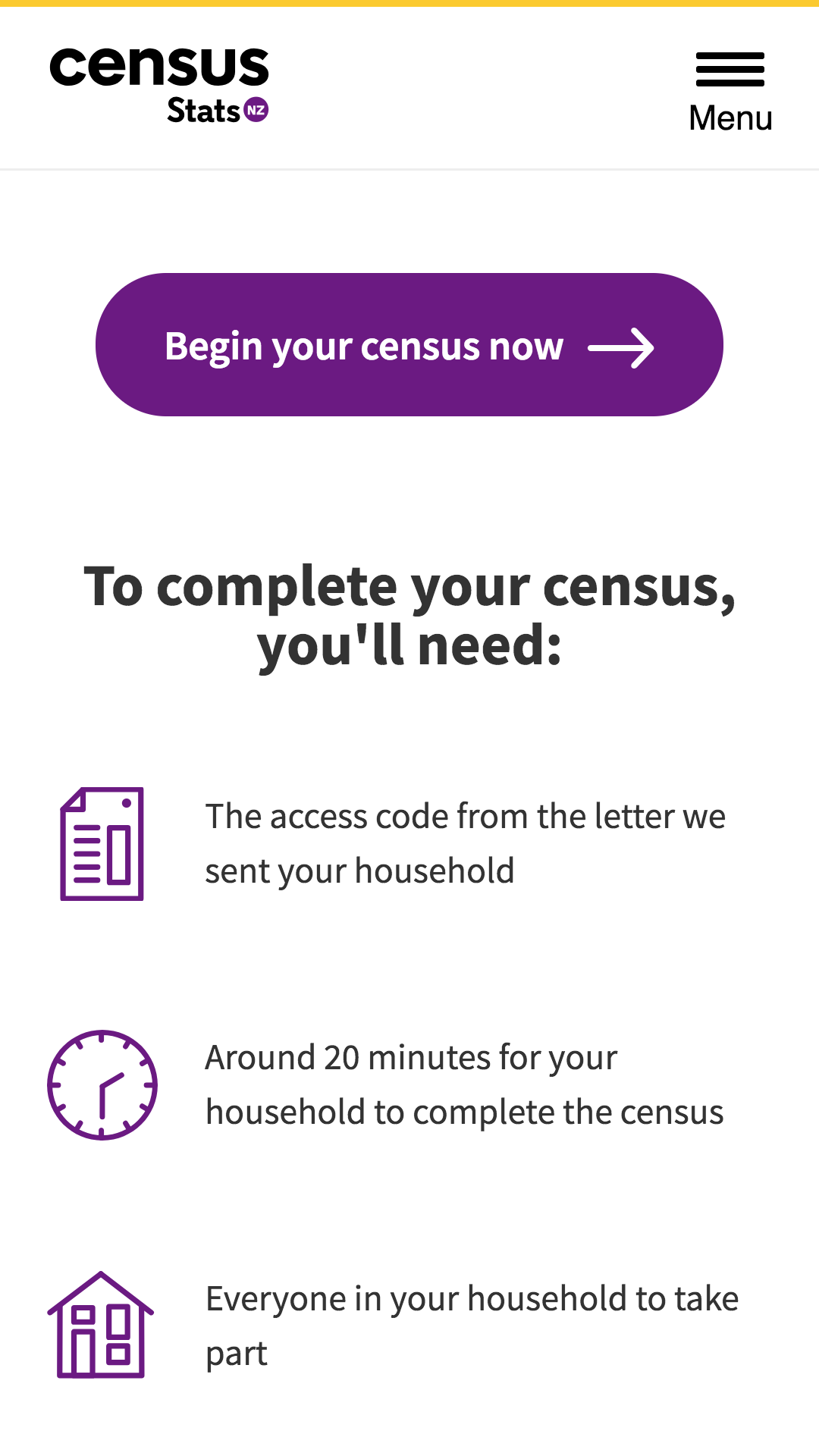 Stats NZ is the New Zealand government agency responsible for the collection of statistics related to the economy, population, environment and society of New Zealand. The census is the official count of how many people and dwellings there are in New Zealand and is used to help determine how billions of dollars of government funding is spent in the community. It is used to inform decisions about hospitals, recreation facilities, kōhanga reo, schools, roads, public transport. Census information is used by councils, community groups, iwi, and businesses to plan for the future.

The 2018 Census was the first digitally-led census for New Zealand, with households receiving a letter with a unique access code allowing them to respond online. Previous censuses supported digital forms alongside the traditional paper collection. In 2006, New Zealand was one of the first countries in the world to test-run an online census, seeing a 7 percent digital completion rate. In 2013 there was a 34 percent digital completion rate.

With a growing digital adoption of census, paired with new technologies and security developments, the decision to go digital first for the 2018 Census was made, this time with an ambitious completion goal of 70 percent for the online census.

A digitally led census for 2018 allowed Stats NZ to increase efficiency in the collection, processing and archiving of quality data, helping to drastically reduce the collection and processing costs of the census project.

With census being a nationwide undertaking, a high level of planning and testing was required for the complex nature of the project. Stats NZ turned to SilverStripe to be technology provider for the Internet Collection System (ICS) component of the project.

SilverStripe was involved in two key areas for the census; the initial design and build of the ICS and the ongoing monitoring, performance management and security during the collection operation. The ICS was designed and built on the Common Web Platform to quickly capture and securely send respondent information on to Stats NZ for processing. A second redundant website was also integrated into the ICS for handling census communications and marketing built by Clemenger/Proximity and hosted on SilverStripe Platform. The five phase project, which spanned close to three years of planning, implementation and testing, required an extremely transparent and collaborative approach between Stats NZ and SilverStripe.

The early phases of work were primarily focused on ensuring a seamless adoption of a digital census and how secure web technologies could be used to collect the highest quality data. Exhaustive testing was completed with the public at every phase, ensuring that questions were easily understood, form designs were accessible to everyone and data was being captured successfully.

SilverStripe performed rigorous load testing to ensure the performance and high availability requirements for the project were exceeded when the census went live for the public. Events such as news and radio announcements would trigger heavy spikes in traffic to the census portal as people were reminded to complete the 2018 Census. SilverStripe had a 24/7 support team deployed during the high traffic days to make sure everything ran smoothly, which it did.

Every project has its challenges but it’s how those challenges are addressed that makes a project truly successful.

Web accessibility was a challenging factor in achieving the 70 percent completion goal for the 2018 Census. Careful design and technology choices were made to ensure that as many New Zealanders as possible were able to access and complete the digital form. Continuous user testing helped to validate designs, fonts, screen reader compatibility, browser and device support. The accessibility challenge was made easier through the collective approach to solving problems and a high level of transparency between SilverStripe and Stats NZ.

With a proven track record of handling complex projects, SilverStripe exercised a calculated, transparent and Agile project delivery to Stats NZ. Overall the project was a huge success both for SilverStripe and Stats NZ, with the goal of 70 percent completion rate being exceeded. 82 percent of responses came in online by the end of the collection phase. Stats NZ said that the online data is high-quality data.

This marks one of the largest projects to date for SilverStripe, with thousands of development and project hours contributing to the project to ensure a smooth and high performing project. Agile played a fundamental role in helping to facilitate collaborative work between teams, allowing Stats NZ to shape the project in iterative bursts. The prioritisation of tasks helped the team to identify what elements of the project were high impact and high value to the success of each phase, this being critical in such a large scale project.